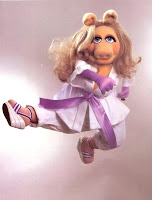 One Friday morning a woman meekly knocks on the door to her rabbi's study. In her hand is a bowl of freshly made chopped liver. The rabbi is busy learning, and not wanting to disturb him she places the bowl of chopped liver (which happens to be garnished with crackers) on the rabbi's desk, and stands patiently until the rabbi is ready to speak to her.

Being totally absorbed in his studies, the rabbi gets a whiff of the chopped liver and begins to dip the crackers into the liver. Before long he finishes eating the whole bowl of chopped liver along with the crackers. He finally notices his guest and asks her what she wants.

The woman is barely able to speak to the rabbi. When she musters up the courage she says, "Rabbi, I came to ask you if the chopped liver which I prepared in my kitchen is kosher?"

I am quite angry, having heard that gay men are being refused as "eidim" because they are deemed to be "not kosher" witnesses. This was mentioned at the YU symposium and my son admitted the same thing to me.

For it seems that the label "kosher" may very well be in the eye of the beholder.

My wife was applying to the local Vaad Hakashruth for a hechsher for her store. To meet the criteria one must get a letter from the rabbi of an Orthodox shul attesting to the fact that the owner of the store is Shomer Shabbos and attends an Orthodox shul. She got the hechsher.

Lately, we have been attending a minyan once a month that is egalitarian. Some women leyn and some daven.

I would doubt if the people in charge of the Vaad Hakashruth would consider this to be a "kosher" minyan, or even an "orthodox" minyan. Furthermore, I wonder what the Orthodox establishment would call the rabbi who has sanctioned and is leading this minyan.

Do you think he would be refused as an "eyd" because of his non-kosher activities?

I guess it's all in the eye of the beholder.

By the way.....this is the same rabbi who disqualified my son as an "eyd".

"I'm mad as hell, and I'm not going to take this anymore!" - Howard Beale

Since the symposium, "On Being Gay in the Orthodox World" at Yeshiva University, I have been struggling, to be honest. People have been writing me, asking what my thoughts are, and last week I wrote that I would not step into the fray until the dust settles.

Then I read a letter posted by "a father" whose son came out to him after the symposium. I will copy and paste the letter at the end of this posting.

I am not going to get involved in all the discussions that have been going on as to the halakhic issues, what's right and what's wrong, why do they have to talk about it, why do they have to make this public, abominations, etc. I have been through all that before and I have written about it over the last two years.

But having read the letter from this "father" who is new to this struggle, I have decided to get back to basics, back to what this blog started out as.....simply a forum for parents to discuss what they are going through, how they feel and how to cope and best serve their children. I began this blog as a starting point for all of us to help each other "navigate these uncharted waters".

So back to basics.

When I first read the transcript and saw the video of the symposium, I fell into a deep depression. Watching these young men tell their heart-wrenching story brought back all of the raw feelings I went through two years ago. The day after the symposium, my wife and I went to Florida, but all wounds were re-opened and we spent the best part of the next seven days talking about our son. We did not socialize with anyone. We kept pretty much to ourselves.

It has been hard to shake this feeling.

I received an email this week from a psychiatrist in New York who has counselled gay people. She asked me how I was doing, in light of the symposium, and I relayed a story to her that was told to me by a middle-aged man who we met at a PFLAG meeting. We met this man in our second meeting with PFLAG with everything fresh in our minds. My wife asked him if and when it ever gets easier. He responded to her "each time you tell someone that you are gay, it's like coming out over and over and over again."

So to answer those people who have asked what my reaction is to the YU symposium. This is my reaction. It is as if my son has come out over again. I am sad. I am angry. I am hurt. And I am in pain.

I am sad for my son. Even though he is doing fine, this was not his choice and he should not have to be struggling like these young men.

I am angry at the hypocrisy. After the symposium, my son told me that he too was not allowed to be an "Eyd" at a wedding because he was not deemed to be "kosher".

I am hurt because the people who should understand are just not there.

And I am in pain, just because.

I have chosen not to comment on the specifics of the issue because I think that people like "dovbear" are doing a great job. What more is there to say about the issue.

The fact is that these young men and women were created a certain way and they have chosen to try to continue to live their lives in an Orthodox, Torah-True way. Isn't it ironic that their choice is to choose the most difficult path, to be accepted by those who refuse to accept them.

When my son was at his worst and lowest state, in a terrible depression and suffering from physical ailments as well...we were afraid that he may have had leukemia, I told a friend that I would rather he be gay then lose him to a terrible disease.

So let's get this blog back to basics. It began as a forum for parents whose children are gay. Let's all help each other.

Thank you so much for your blog - our son told us about two weeks ago, at the same time as it became relevant for us. One way I have dealt with the news is by composing the open letter attached below.

A father
--------------------
“A conservative is a liberal who’s been mugged by reality.” That well-worn line occurred to me as I reflected on the debate over the Wurzweiler panel on gays and Orthodoxy.
Any honest discussion of this issue must start with a basic truth: being gay is not something that people choose. This is both a scientific fact and an intuitively true statement. As a friend of mine put it, why would a person raised in an Orthodox Jewish community, who desperately wants to remain an Orthodox Jew, choose a sexual orientation that threatens to ostracize him from that community and that risks a life of loneliness and despair? Unfortunately, it is clear from the statements made by the Roshei Yeshiva following the Wurzweiler panel that they do not accept this basic truth. This refusal is evidenced by their use of such phrases as “those who profess homosexuality” and by comparisons of gays to shoplifters who need to control their urge to steal. It would be bad enough if this refusal to see the obvious merely dishonored our obligation to seek truth and justice and disgraced the Torah. The actual harm is far worse than this, though: it causes deep mental – and, in some cases, life-threatening – anguish for untold numbers of Orthodox Jews and drives thousands away from a community whose embrace as human beings and fellow Jews they yearn for.
The same Torah that condemns mishkav zachar tells us “mi’dvar sheker tirchak” – abhor falsehood – and to love our fellow Jew. And when Hillel was asked to summarize the Torah while the heathen was standing on one foot, he chose a variant of the last, not the first, of those statements as our faith’s fundamental principle: “What is hateful to you, do not do unto others.”
Which brings us back to our opening line: “A conservative is a liberal who’s been mugged by reality.” When – not if, because it is inevitable – one of those Roshei Yeshiva learns that a talmid muvhak or a close family member is gay, he will have been mugged by reality. And we will then be able to say that “a tolerant Rosh Yeshiva is an intolerant one who’s been mugged by reality” – we will then have a Rosh Yeshiva who will realize, with pellucid clarity, that sexual orientation is not a choice. He will then understand – and hopefully help others to understand – that, when given a choice between violating “mi’dvar sheker tirchak” – denying the undeniable – and keeping “ve’ohavta le’rei’acha kamocha” – loving your fellow Jew as yourself – the latter is to be loudly proclaimed as preferable to the former.
We welcome discussion of the issues – the halachic, hashkafic, and social ones – as long as the discussion is based on the unflinching truth: the truth of life which is, ultimately, the truth of Torah.

Why did Jacob have to repeat the words "I know" and what does this have to do with being a parent of a gay child?

By blessing the younger child first, Jacob is about to teach future generations a valuable lesson. On one level he is teaching that one's actions and character matter more than birth order in achieving success and one's blessings in life. Jacob's first "Yadati" comes from his firsthand knowledge and experience that life does not necessarily play out the way we want it to.

Jacob's second "Yadati" is a form of prophecy as to what is ahead for his family and the nation as a whole. As we complete the reading of the Book of Breishit, the saga moves from the individual to the family and onto the national. What Jacob is foreseeing is a period of hardship, slavery and affliction, but with an ultimate redemption.

I have been asked what my opinion is on what has been going on at YU over the last two weeks. I have watched the video and I have read the transcripts. I have met some of those young men who spoke that eventful evening. I wrote Rabbi Blau and President Joel thanking them for their courage for allowing this event to take place. I watched the video of Rabbi Twersky and I have been reading the comments posted on some of the relevant blogs.

I would like to wait for some of the dust to settle before getting into the fray.

Heed these five words from this week's pasha. "I know, my son, I know"

To these young men who stood before the world and bared their souls and life experiences. You "know" that life did not turn out the way it was supposed to and you "know" that you can expect a life of hardship and affliction. My hope is that you will be redeemed at some point.

To the so-called "experts" who think they know....learn something from Yaakov. He blessed the younger child first. Yaakov was sending a message that one's actions and character are more deserving of a blessing than any perceived meritocracy.

Saul David
Posted by Saul David at 12:22 AM No comments: